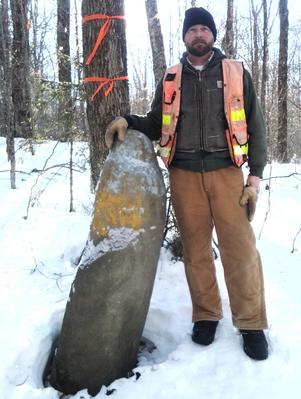 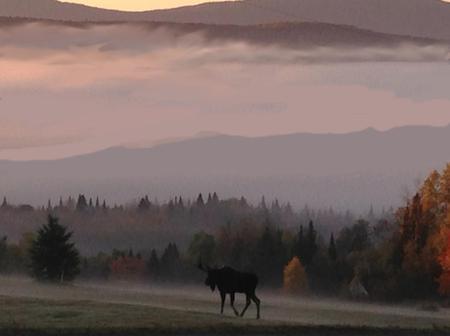 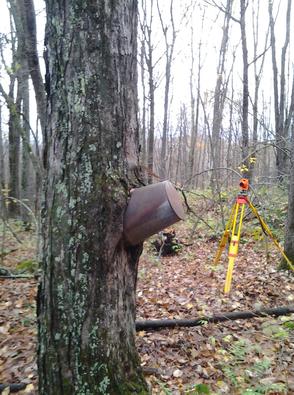 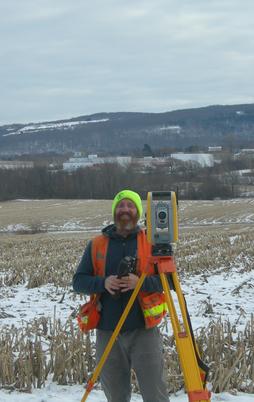 We provide Boundary Surveys for large and small parcels of land.  These surveys include all missing

​   property corners set, lines marked, and a recordable Mylar along with two paper copies of the survey.

the requirements of lenders and insurance companies.  We have provided clients with many of these

re-set.  As long as there is enough remaining evidence from the original survey, we can conduct

land is in, then you may need a lot line adjustment, as opposed to a subdivision.

Subdivision rules and regulations differ from town to town in the state of Vermont.  We have surveyed throughout the state and are familiar with learning and complying with

the rules of various towns and governing bodies.

-GPS / State Plane Coordinates
We are equipped with Survey Grade GPS/GNSS systems which can allows us to tie any parcel into the
Vermont State Coordinate system.  Some people like this because it allows them to put the coordinates into their handheld devices so they can find their property corners       easier, it also   enables others to use the coordinates to relate other projects and aids in construction and development.

Topographic Surveys show the contours and elevations of land and structures.  These are used for planning and designing and recreational purposes.  We provide detailed

Site plans and Topographic Surveys to out customers.

Construction Surveys generally come after the Design phase is completed after the Topographic Survey / Site Plan.  The plans are modified to show the new features of the

property that are to be constructed.  We use these to produce coordinates to stakeout all new features so the contractors can build and construct the new developments.

and after construction phases.

If your home is located near or in a Flood Plane, as designated by a FEMA map, then you may be in need of an Elevation Certificate for insurance purposes.  Insurance

companies use these to determine your rate of insurance as depending on how far inside the Flood Plane your property is located.

Letters Of Map Amendments are based on the fact that FEMA derived it's projected Flood Planes from gross geospatial and GIS data.  Not all properties of the United States

have been surveyed and there is no real telling if all properties depicted on the FEMA Flood Plane Maps are in or out of the Flood Planes until they are physically surveyed.

If you question whether or not your property is really in or out of the Flood Plane, you may want to apply for a LOMA.